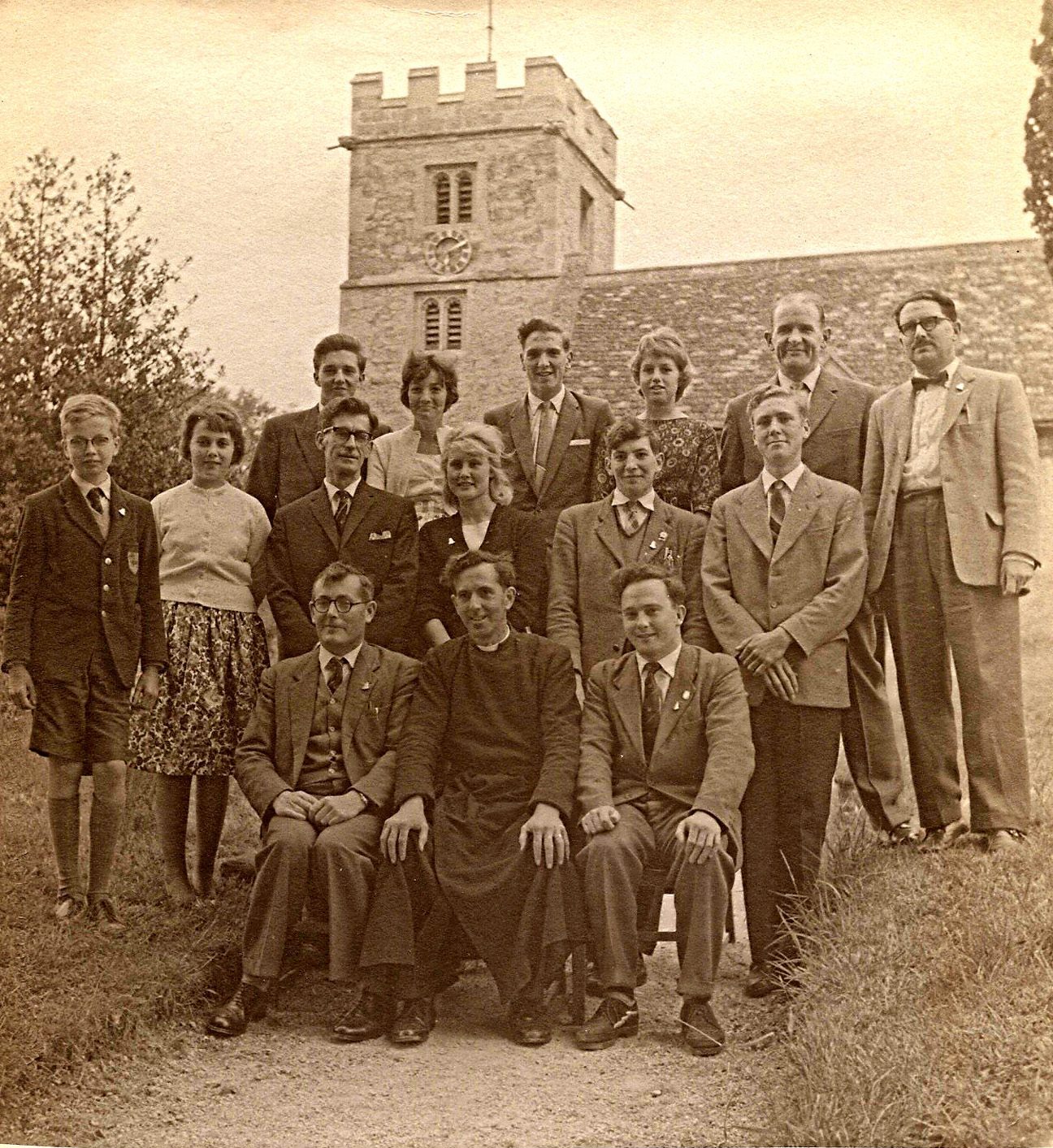 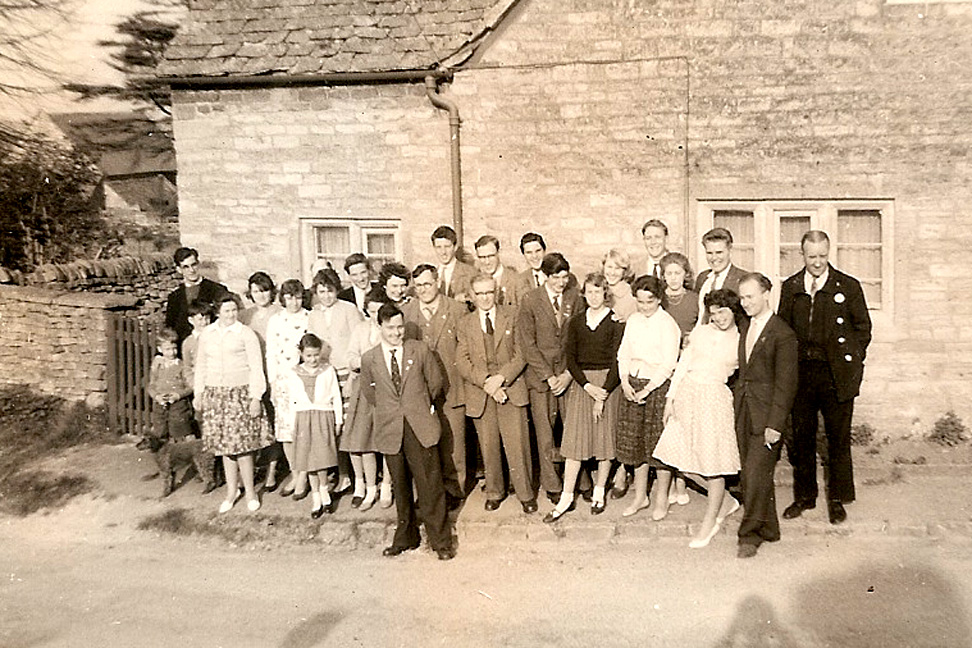 St. Nicholas has had bells and a band to chime or ring them for many years. In the 19th century five bells were installed in the tower. This meant that an organised band with a leader was needed. Thus Marston started a regular band, similar to the one we have today. Unfortunately the number of ringers in the Oxford area dwindled between 1914 and 1945. Although efforts to recruit started jn 1944, it wasn’t until the arrival of Alec Gammon that things began to improve. Alec was a member of the Oxford Society and the Oxford Guild, as well as a method ringer. Marston, being a call change band, did not have Guild members.

When the Revd. Gordon Savage arrived, a society, based on St. Nicholas Church was founded to train bell-ringers and to provide ringers for services when required. The officers at that time were:-Roy Jones (Captain), Bill Brain, Anthony Hughes and Christine Woodward (vice captains) and Alec Gammon (secretary). The society joined the Oxford Guild and became a member of the City Branch. It became the leading five bell tower in the world. It is now a six bell one!

In 1972 a sixth bell was added and the platform was built so that a vestry could be established. The short ropes falling easily to hand and the light ring (6cwt) make excellent teaching and learning facilities. The society is involved in teaching at other towers and in providing ringers or bands to ring for special occasions as well as serving at towers around Oxford on a regular basis.

Outings, visits and other activities are provided throughout the year as well as week-end or week ringing occasions. If you think you might be interested in joining the society and learning the art of change ringing and are over ten years of age, then arrange to visit a practice evening between 7.15 p.m. and 8 p.m. on a Friday by contacting Hugh Deam Tel: 247574, or visit the tower on a Sunday between ringing and service time. You do not have to take part, but it is an easy way to make new friends. Change ringing does not require brute strength, so anyone can learn, as an individual or in a group. More females have been ringers at Marston than males!

Make 2020 the year you volunteered to become a St Nicholas Bell ringer, gain a new skill and keep fit in an enjoyable way. Campanology (we call it bell ringing) is and an old English tradition which flourished with the patronage of Charles II and Elizabeth I. Bellringing became the sport of the gentry and later a way of life for common folk, especially those in villages where the church wardens’ squire paid them with ‘cake and ale’, and money to ring. Church bells were the time signals before clocks were installed in towers and alarms before sirens.

As a bellringer you will make a vital contribution to keeping alive an old English and Marston tradition. Wherever a ringer goes, where bells are rung in the English fashion, then they will be assured of a warm welcome.

St Nicholas is a leading six bell tower which has some of the best teachers of the art! Recruits are taught in groups or individually, usually at a suitable time on a Friday, Saturday, Sunday or Monday.

To keep our bells ringing, we need to teach ringers to the finest level of Rounds and Call Changes as soon as possible.

The Oxford Guild has removed age restrictions. You do not need mathematical or musical ability, nor the stamina to ring for a long time. You do not have to be a member of the Church of England or attend services (except the ones for bellringers).

You will be asked to ring for a minimum of twelve services per year at St Nicholas Church and to attend practice meetings regularly. Men, women and children are welcome. Under-sixteens need permission from their parents.

Come to St Nicholas Church on any Friday between 19:20 and 20:15 or before a service to find out more or you can phone Anthony on Oxford 244570 for further details. Do not worry – you do not have to commit yourself if you feel that it is not for you.

Marston has been organising Peals, QPs, training days and Wedding bands from 1951 for itself and the City Branch, and Towers surrounding the Branch. 1980-1990 was a lean period, but activities have increased since under the guidance of Roy Jones and Hugh Deam. Many ringers owe their progress to Marston – Why not you? Join our practice and/or activities.
Recruits are needed to learn the Art of Bellringing and join the St. Nicholas Band. Commitment is required, but Ringing is fun and a way of making new friends.

Marston has been organising Peals, QPs, training days and Wedding bands from 1951 for itself and the City Branch, and Towers surrounding the Branch.

We are a group of local people who share a passion for campology - the art of bell ringing. We are part of a tradition that goes back hundreds of years and are always keen to welcome new members who are interested in taking part.

In addition to the church bells, we also regularly meet to ring hand bells. Contact us to find out more.